Willie Smith was born in 1876 with the family moving to Carnoustie in the mid-1880s. He became a member of Carnoustie Golf Club and played in the Open Championship in 1895.

He turned professional in 1896 and sailed for New York in May 1898, two months after brother Alex. He became professional to the Midlothian Country Club outside Chicago.

September 15, 1899, Willie Smith won the 5th US Open in 1899 at the Baltimore Country Club by an 11 stroke margin. Second place, fellow Carnoustie Golf Club member George Low. The 11 stroke margin of victory lasted over 100 years. It was finally broken by Tiger Woods in 2000.

He was runner-up in the US Open in 1906 losing out to his brother, Alec. He went onto win the first Western Open the same year, defeating Laurie Auchterlonie in a playoff. He just missed out again in 1908 playing in nine U.S. Opens in total and made the top-10 in eight of them.

Willie Smith took a job as golf professional at the Mexico City Country Club in 1904. He returned home to play in the 1910 Open at St Andrews, Willie lowered the course record at St. Andrews by 2 strokes during by shooting a 71. Willie led the field after 36 holes finally finishing in 5th place. He held at least a share of the course record at St. Andrews for the rest of his living days.

When the Mexican Revolution broke out in 1910, his country club was attacked by Zapatistas in 1914. Smith was caught in the crossfire and during the shelling Willie was injured sheltering in the cellar. He had refused to leave his post at the country club and was found trapped under a fallen beam after troops ransacked the club which they saw as a symbol of the corrupt ruling class.

He was tasked with designing a new course, the Club de Golf Chapultepec in Mexico, a task he never completed due to his ill health, it was later completed by his brother Alex Smith. It would go onto host the Mexican Open multiple times. He recovered to return to Scotland. In December of 1916, Smith died of pneumonia at the age of just 41, no US Open medal was ever recovered after his death. 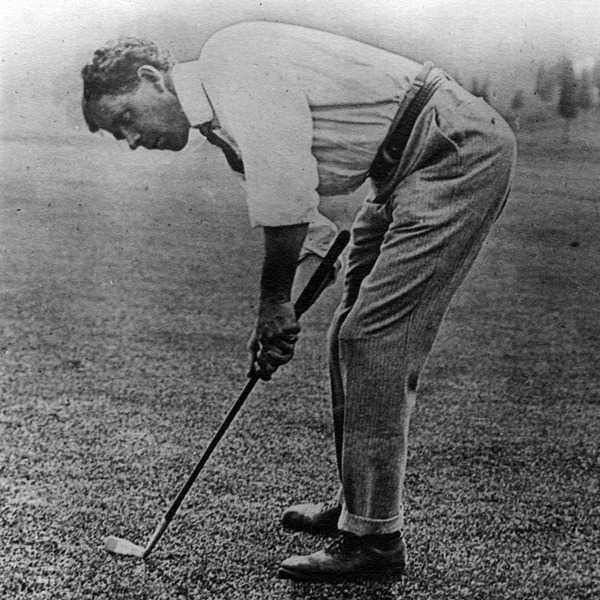 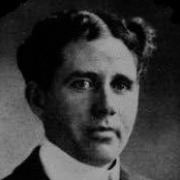 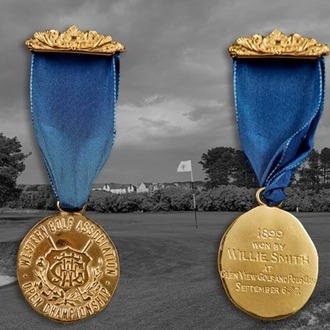 Smith was born in Carnoustie, on 28 January 1874, the son of John D. Smith and Joan Smith née Robinson. Alex joined the club at an early age.

Club Champion in 1896 and 1897. His brother Willie won the U.S. Open in 1899. He moved to the US a true pioneer professional and was appointed professional at Nassau Country Club in Glen Cove, New York, from 1901 through 1909.

Alex won his second US Open June 20, 1910 at the Philadelphia Cricket Club when he won a three man playoff. He wins the playoff with his youngest brother Macdonald Smith and American Johnny McDermott to earn his second US Open Championship. The 72 holes were completed on Saturday, June 18th, but the playoff had to wait until Monday, June 20th, because on Sundays the course was reserved for member only play. June 18 was engraved on the medal in advance of the tournament and was never changed.

Hall of Fame list of recipients of Alex's Trophy include Sarazen, Dutra, Hagen, Nelson, Revolta, Hogan, Snead, Ferrier, Mangrum, Harmon, Harrison, Demaret, Cooper and Ford. Alex also played in 8 PGA Championships, when it was played in a match play format. Alex won over 50% of his matches in those events.

May 22, 1931 - 8:00 pm. A Special Meeting of the Club Council was held for Macdonald Smith. Macdonald presented his late brother's medals as a gift to his childhood club. We proudly display Alex's medals and US Open Trophy to this day. 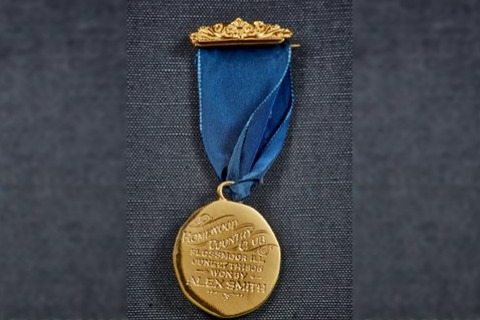 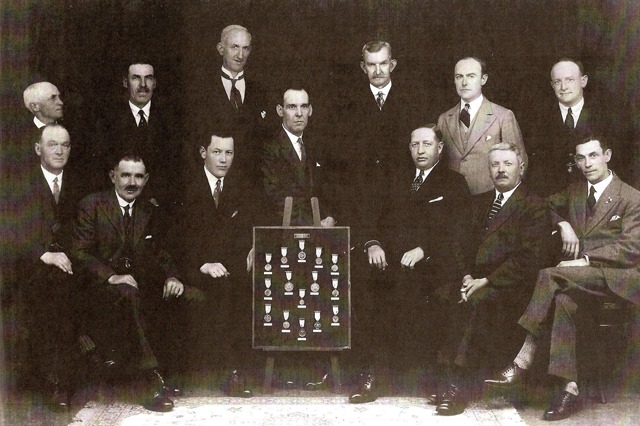 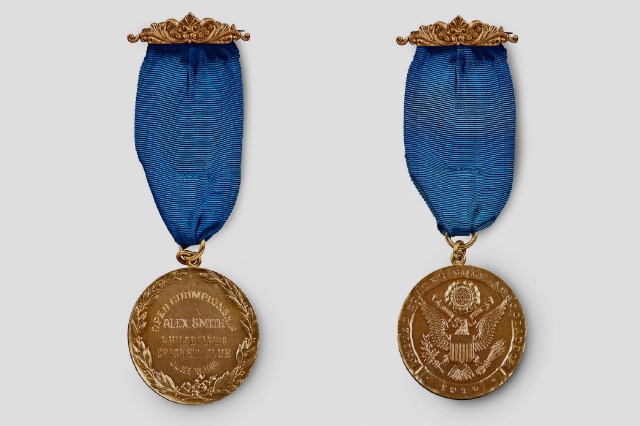 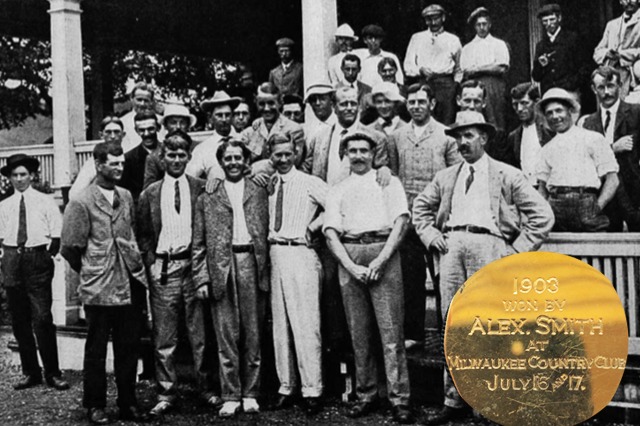 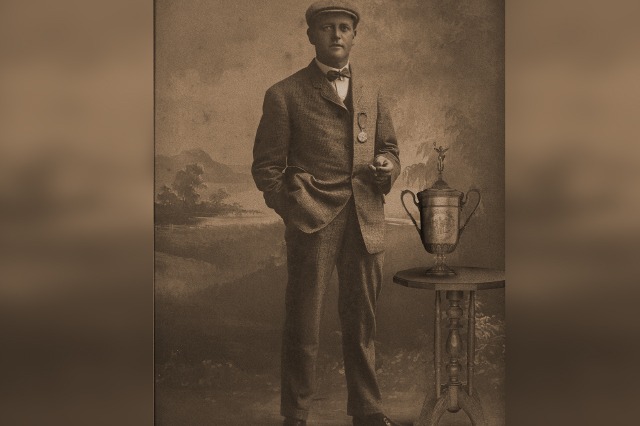 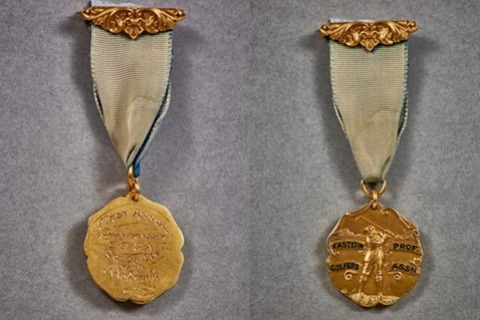 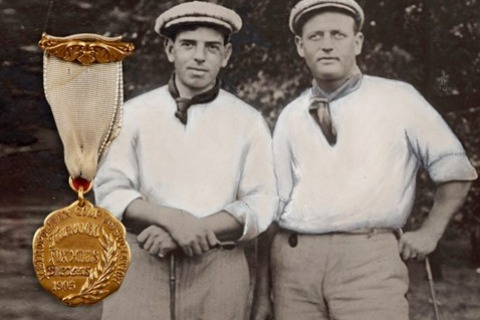 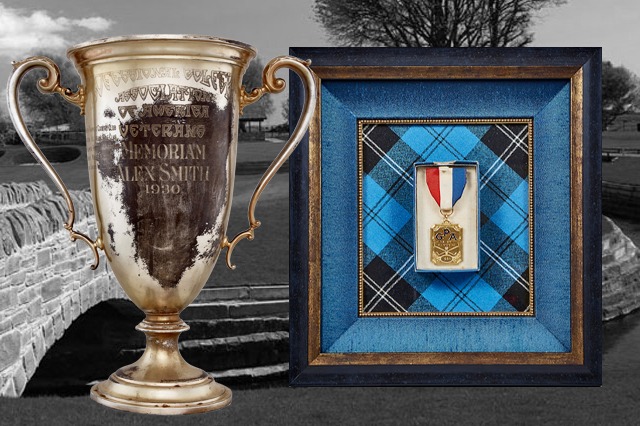 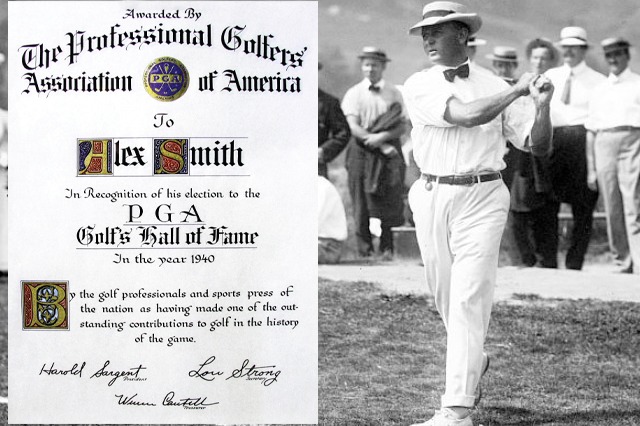