'Sons of Carnoustie' is the name of one of our 'Major' match play competitions. We highlight some of the individual 'Sons of Carnoustie' who travelled the world contributing and developing the game. It is thought that over 200 local players and their families left Carnoustie at the turn of the last century.

One of our members was key to the exodus, Robert Simpson who owned the local golf shop. Robert's high stature in club making earned him a global reputation for innovation and quality. Robert twice finished 4th in the Open and was joint runner up in 1893.

Robert at one time employed around thirty local golfers, making and repairing clubs. It is estimated he taught a great proportion of the 200 or so professional club makers who emigrated from Carnoustie. Robert provided recommendations to many who become professional club-makers and coaches in the growing golf industry of North America and many other countries.

Not many clubs have as many notable links to the professional world of golf, our members achieving Major Championship status, open wins in America, Canada, Australia and South Africa. Members of our club helped set up the USPGA in America and also the PGA of Australia.

The number local born players who would then turn professional and go onto win titles on the USPGA tour runs into double figures. Many went onto become professionals at the worlds best clubs East Lake, Baltusrol and Oakmont amongst many others.

This would lead to amazing stories, inspiring Bobby Jones to play the game of golf which would lead him to visit Carnoustie in 1927 to thank members Stewart and James Maiden who both played with him at East Lake. Most of our members would return home to visit so they could continue to play on the links with their friends they left behind and remain a member of The Carnoustie Golf Club.

The honours continued within the clubs Amateur ranks with British Amateur Champions, Walker Cup Captains and team members all continuing too add to our rich history of Scottish Champions. We in some small way have tried to honour their achievements and tell a their individual stories. Hopefully we can inspire our juniors and other local golfers to join this historic club and take up this wonderful game. 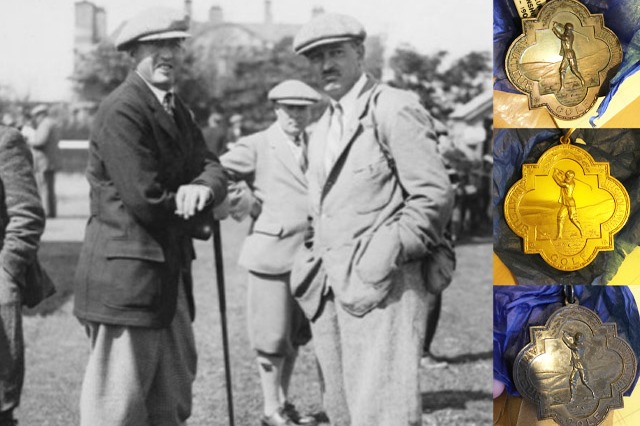 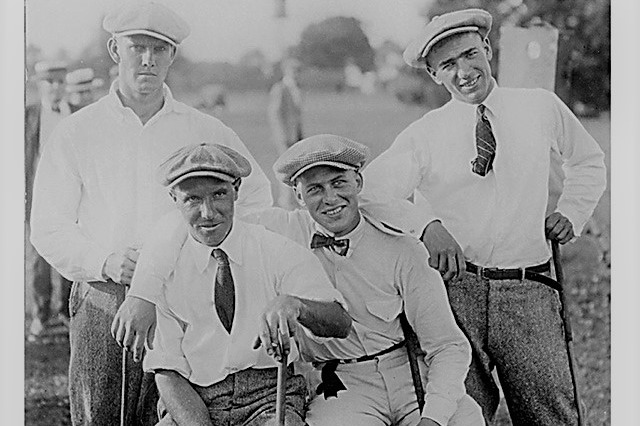 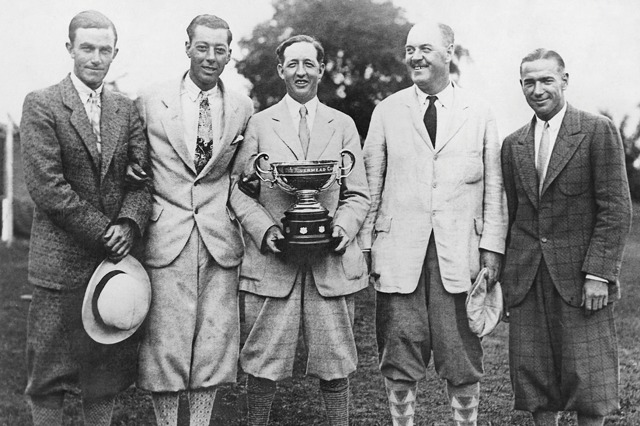 He sailed on 15 May 1915 to take up his new professional appointment at the National Golf Links in Southampton, New York, and remained there until 1928. Soon after arriving he played in the 1915 U.S. Open at Baltusrol Golf Club. Hepburn was twice semi-finalist in the PGA Matchplay Championship before it became a four day medal competition.

The lunch meeting occurred at the invitation of Rodman Wanamaker, the son of the pioneering founder of Wanamaker’s department stores (now Macy’s). G. L. Fotheringham, James Hepburn and James Maiden all members of Carnoustie played an active role in the formation of the U.S.P.G.A. in that meeting. Hepburn chaired the organising committee for the first U.S.P.G.A. Championship. Fotheringham chaired the first Annual Meeting of the U.S.P.G.A in 1916. Fotheringham and Maiden were elected the first two Vice-Presidents.

Hepburn once served as the secretary of the British PGA back in the UK. When that first meeting ended, James had been named to chair a seven-member organizing committee which later became the PGA of America, laying the ground work for what would become the world's largest working sports organization.